Thank you to my friends at NASDAQ

For me, nothing has ever taken precedence over being a mother

and having a family and a home.

Greatness is helping others realize they are great, beautiful, capable.

Genius is seeing the wonder & possibility in those others ignore.

You Only Live Once,

But If You Do It Right, Once is Enough.

Begins with a Dreamer. 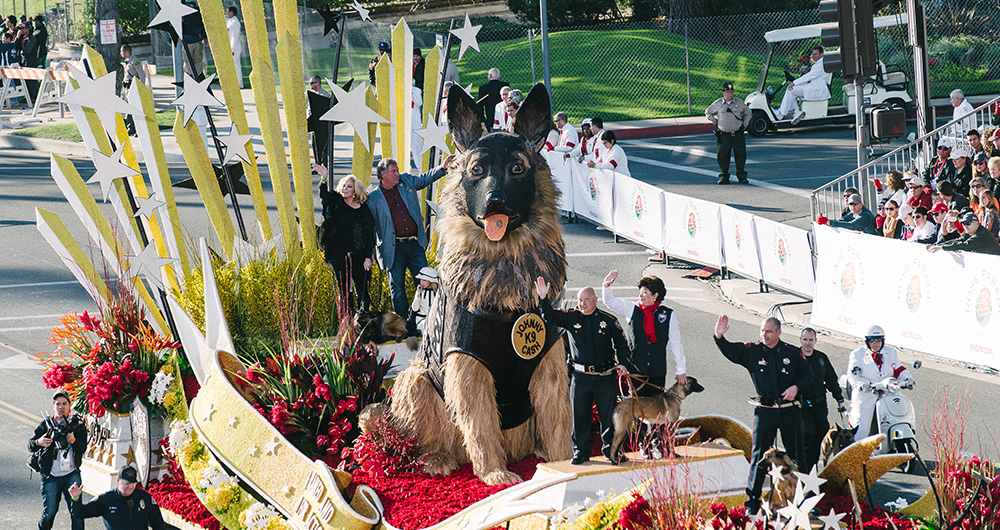 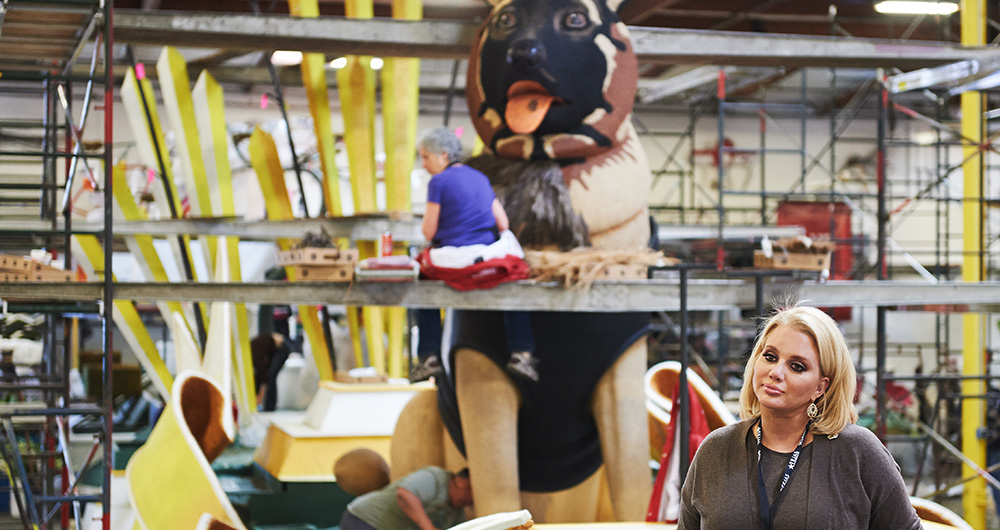 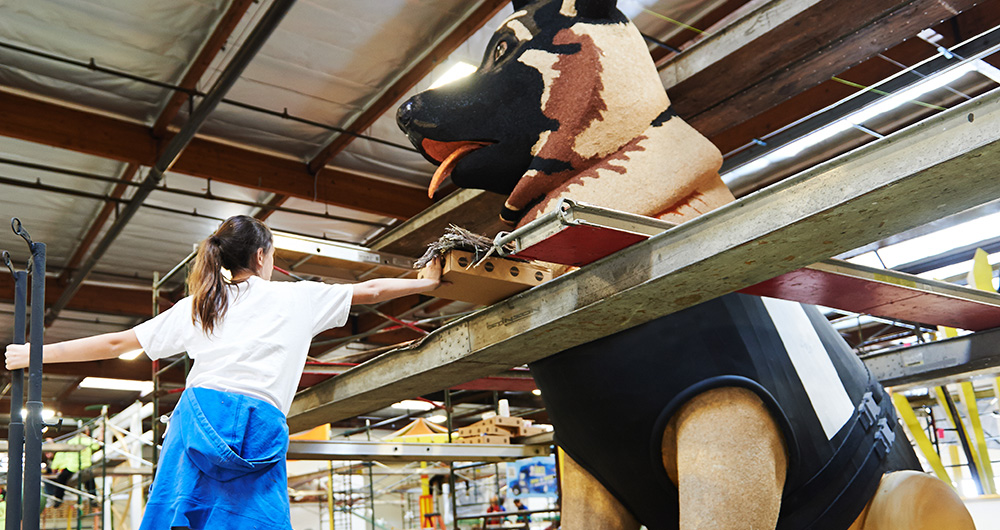 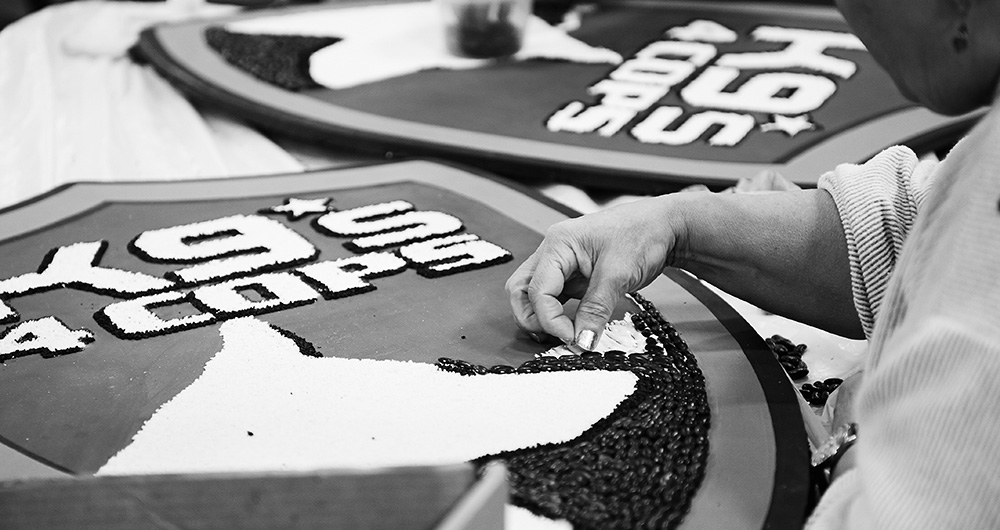 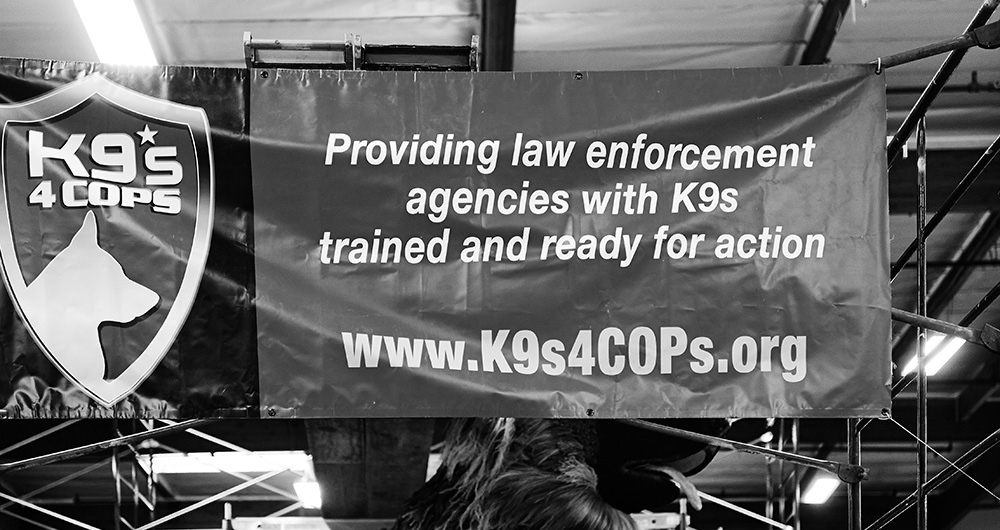 Campaigning for K9s: From Pups to Cops

By: Everest Agency • Posted in: K9s4COPs

BY JANET SHAMLIAN Kristi Schiller says the story stopped her cold. Watching a news broadcast about a grief-stricken Houston-area deputy who lost his K9 partner during a struggle with a suspect, the reporter mentioned there wasn’t enough money to give the officer a replacement pup. A self-described lover of both dogs and law enforcement, Schiller dug into her own pocket to pay for a new K9 partner for the deputy. That was four years and sixty dogs ago.     Police K9’s do important work, no one disputes that, but many police and sheriff’s departments are cash crunched and have been forced to cut K9s from the budget. The highly trained dogs can cost upwards of $15,000, just for the initial purchase. Schiller saw a need and vowed to fill it. She started K9s4COPS, a non-profit organization that buys and trains the… 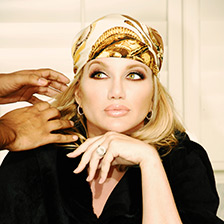 I ask you, is there any harder thing to write than your own “about me” page? You write a sentence, and then almost immediately hit the back button only to start all over again. I finally decided, after having written and rewritten essentially the same sentence countless times, to share who I am - who “Kristi Schiller” is, the same way I would if you and I were sitting at the kitchen table eating red velvet cupcakes and drinking sweet iced tea. Read More

That’s one of my favorite places to sit and chat, by the way. And red velvet cupcakes with cream cheese icing? Don’t get me started.

I wouldn’t know how to begin to tell you about myself if I didn’t first say that I am first and foremost a wife and a mom. My husband John and I met in 2001 and I can tell you that he was and remains my soul mate. I’m so blessed beyond words.

As if finding John wasn’t gift enough, I was bestowed with an instant family in the form of his kids, Daniel & Hailey, who refer to me as the ultimate "step-momster." While our new little family was wonderful, John and I knew there was room in our lives for one more, and in 2006, our sweet Sinclair came along. People say she’s my “mini me” and I’d have to agree - although she is for sure a daddy’s girl!

I grew up where the pavement ends and the Gulf of Mexico begins, aka Freeport, Texas. My mom & dad already had my brother a decade when I came along. He and I are super close, although we can still argue like we’re little kids from time to time. I adore him and am incredibly proud of my brother… but, please don’t tell him I said that. I’ll never hear the end of it!

Growing up, my Mom “Jo-Jo” was every bit as strong and formidable as she was breathtakingly gorgeous. I get my blond hair and my tenacity from her. Even all these years later Jo-Jo is still one of the most stunning women in any room.

I grew up absolutely loving the outdoors and animals. Dogs, horses, you name it, I loved being around them. There was even a memorable encounter with a squid once, but that’s a story for another day. Let’s just say it may not have loved me as much as I loved it and the ink it blew in the backseat of my Momma's new cadillac was a permanent reminder.

As a young woman, ready to take on the whole world, I went away to the University of Houston to study Broadcast Journalism. While I didn’t metamorphose into the second coming of Barbara Walters, I did pretty well in the world of entertainment reporting. I began my career in radio and then moved on to television.

When the Internet was brand new, I was so incredibly enamored of the new medium that I started an entertainment website. That was sort of a big deal back in those days, and believe it or not, Forbes dubbed me “Queen of the Internet” in 1997. Those were fun times, and they kept me very busy.

I have to say "a billy goat chewing on Astroturf" was nothing compared to how busy I am these days!

A few years ago, I was watching the news when they broadcast a story about a K9 officer who had been strangled to death in the line of duty. I’ve always had dogs - lots of them. They’ve taught me so much more than I’ve ever taught them and I can’t imagine my life without them.

My heart broke that Christmas morning for the brave and dutiful K9 and for his law enforcement partner. Until then I had no idea how incredibly useful K9 officers were, nor did I know the cost to replace and maintain one dog was so prohibitive for most departments, especially in the face of budget cuts.

Something powerful stirred inside me in that moment. I knew something had to be done, and I knew I was going to be the one to do it.

That very morning I began making phone calls and sending emails. I needed to know how I could help. John and I have always believed “to whom much is given, much is required,” so it was not a question of “if”, but only a question of how, be it money or time or generally both.

Soon after, K9s4COPs was born and since then I’m so proud to say the organization has raised hundreds of thousands of dollars and gifted numerous local and state law enforcement agencies across the United States with some of the world’s most highly trained K9 officers. It’s been one of the great honors in my life to spearhead this charity.

In addition to my K9s4COPs charity, my love for animals is apparent the moment you visit Schiller Ranch. We bought the place thinking it would be so nice to sneak away from “the big city” from time to time to simply relax.

But, that’s not exactly how it turned out. Because I also have a deep love for horses, it took me about a hot minute to begin turning our country getaway into a full-blown working ranch. I couldn’t help it! You don’t give an animal lover like me a space like this and expect I wouldn’t fill it with animals faster than you can say “Oh my, is that a llama?”

When my daughter began to learn to ride and then later go on to compete, I realized that barrel horse racing, (once a predominately women’s rodeo sport, now full-fledged industry enjoyed by men, women and children), didn’t really garner the respect it deserved (in my opinion), at least so far as sponsorships and financial reward go. This is a very intense sport and I wanted to help elevate it in some way.

As is my nature, I had to act. Diamonds & Dirt Barrel Horse Classic was created and it’s been so much fun. I know that barrel horse racing is on the verge of becoming a world-class sport and I’m so excited to help nudge that along. It’s also merger of two of my passions as the event also benefits K9s4COPs.

So, that’s Kristi Schiller in a nutshell! There are never enough hours in the day, but I love my life. John and Sinclair are my biggest support system - always encouraging, involved and helping me in every way they can. In addition to my family, I’m surrounded by passionate, hard-working, talented people on my team who help me keep all the balls in the air. They are phenomenal.

At the end of the day, I hope to be remembered for being good to people and for leaving this place a little better than I found it. The promise I have made to myself is that I should try to take at least one step in the direction of those goals every day.

Like everyone else, some days I succeed, and others I think I fall short. But, I never stop continuing to try. Never!

And, it shouldn’t stop you. Always, always, “go confidently in the direction of your dreams.”